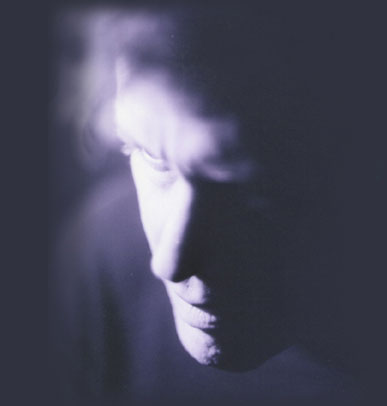 Developing contexts for overtone singing is a major focus in Hinds’ work as a composer. As technical abilities increase, so will the compositional and expressive possibilities of the medium. For example, Hinds is currently working with combining text with overtone singing.

Hinds’ original compositions reflect his classical training, with influences from many musical cultures, often borrowing from ethnic or popular models. This diversity creates a highly personal style of music that appeals to a broad range of listeners. One Swedish reviewer wrote that “Hinds is a true master of the technique,” and commented: “I’ve never heard anything like this . . . This shows a true and uncorrupted artistry. I am glad I came across this CD, which not only gives me musical joy, but also a spiritual uplifting.”

Hinds’ on-going study of traditional world music has given him “new” ideas for composing: forms, scales, performance techniques, etc. Sometimes the influence is subtle; other times the borrowing is obvious to a knowledgeable listener. An example of the latter type is Tabuh-tabuhan for two percussionists, which employs interlocking rhythmic figuration textures as practiced in the gamelan music of Java and Bali.

Another example of his cross-cultural work is a group of compositions based on Indian raga. Hinds attempted to remain true to “the color of the melody” as practiced by classical Indian musicians, but in the context of his own formal and contrapuntal designs. Some of the pieces “sound Indian,” some don’t, but each composition is harmonically as well as melodically distinctive as a result of the rag in use. In 1997-1998, Hinds collaborated with classical Indian singer Nanda Banerjee and a jazz ensemble on a series of three “East Meets West” concerts. One of these programs was named one of Houston’s Ten Best concerts of 1997 by the Houston Chronicle.

If Hinds can be said to occupy a niche in society, then his niche must certainly involve teaching. He has taught at every educational level from elementary school to graduate school. He has worked with the brightest students and with those having severe challenges to learning. He has received substantial training in effective teaching techniques and has attended numerous professional development courses on the subject. Hinds also possesses qualities that cannot be taught: a natural rapport with his students and a sincere desire for their success.

At the college level, Hinds has taught music theory and composition, analog and digital synthesis, MIDI sequencing, and music appreciation. He has led a graduate seminar on world music for composers. He has presented guest lectures on Javanese gamelan, the traditional music of Thailand, tape music techniques, composition, and overtone singing. Students have reacted very positively to his broad knowledge, careful and thoughtful preparation, and strong commitment to music as an art form.